My father, JB Rhine, is generally considered to be the father of modern parapsychology and in that regard to be instrumental in bringing legitimacy to the one-time murky world of psychical research. This achievement was far from easy, first in capturing ESP in the laboratory and then in fending off critical attacks from skeptics that persisted throughout his long career. When I was invited by the American Psychological Association in 1992 to speak about his lifework from a daughter’s perspective I could in all honesty say that JB was the most controversial member ever to belong to that professional organization.

This book of letters offers the reader a chance to evaluate this controversy firsthand. Our selection of JB’s letters to friends, fellow scientists, critics and notable figures of the late 1930s provides a measure of the man more clearly and directly than any historian or I alone could offer.

We begin with JB’s first letters of inquiry about career possibilities in the psychical research world written while he and my mother were graduate students in botany at the University of Chicago in 1923. We conclude this account several years later in 1939. By this time the basic phenomena of ESP had been experimentally isolated and the new science of parapsychology was well underway at the Duke Parapsychology Laboratory under JB’s leadership. But controversy over the validity of this work from the statistics to the methodology had been building in response to the unexpected public interest in the ESP findings. This finally culminated at an American Psychological Association (APA) meeting in 1938 specially planned to examine the Duke work. JB characterized it in advance as a possible “witch trial,” but it went surprisingly well for the Lab team and their presentations, even prompting spontaneous applause from the audience including several leading psychologists.
We conclude our book with JB’s letters about the significance of the APA debate and its aftermath. The most notable result was the extended effort by JB and his entire team laboring through the spring and summer of 1939 to assemble a definitive report on the ESP research that responded to all the known criticisms of the day. This volume, published in 1940, was entitled Extra-Sensory Perception After 60 Years (‘sixty” referring to the founding of the British Society for Psychical Research in 1882). It was received better by the academic and scientific world than all of the earlier writings of JB or his colleagues, and even became assigned reading at a Harvard psychology class in the year following its publication.

My involvement in this book of letters reflects the culmination of a lifelong appreciation of my parents’ work that still leaves me with a sense of awe and admiration for their dedication and persistence. It afforded me the opportunity to integrate earliest memories of my parents’ constant absorption in the something very special going on at “the Lab.” And to appreciate the frequent presence of the Lab team passionately discussing their most recent findings about this thing called ESP as they sat around our living room after hours.

I hope readers will be intrigued by this inside look into the beginnings of a new science from the words of the determined pioneer who, with his supportive life partner, dedicated their lives to discovering the full nature of humankind—whether we are subject solely to the five known physical senses—or the reach of the mind extends beyond them. 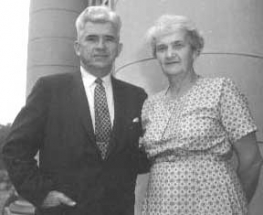 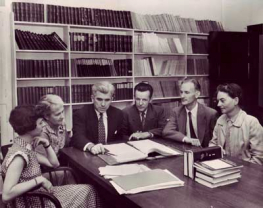 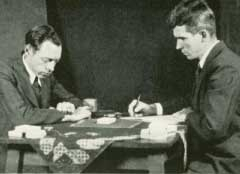