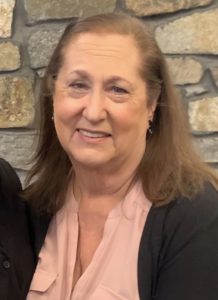 You MUST get your hands on a copy of J.B. Rhine, Letters 1923-1939 ESP and the Foundations of Parapsychology. Published by McFarland, Edited by Barbara Ensrud and Sally Rhine Feather with a foreword by Larry Dossey. For those who wonder how the field today got to be where we are this tome sheds light on how we came to be. JB as he is affectionately known is often referred to as the father of parapsychology. Of course psychic phenomena has been studied down though time cross culturally but during the 1930’s his new approach to exploring human consciousness began at Duke University. As the blurb from the back of the book states “Rhine’s letters chronicle his efforts to find reliable evidence of psychic ability, from the séance room to psychic animals and finally to a university research laboratory. Covering the years 1923-1939, they reveal a gripping story of groundbreaking research, told in the words of the main player as he worked with his team, subjects, critics and supporters alike.”

I am so happy that this exciting volume has been published and gratified that my grandmother’s (EJG) correspondence is included from start to finish of the tome. It goes without saying that this compendium of all his letters from that time period with the leading lights of the time serves to open a window into the complexities of those early days which sheds light on the complexities that still exist. I expect in reading the full range of letters apart from EJG I myself and the reader will have many questions answered as to how the field was shaped. 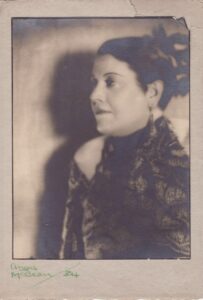 Garrett fresh off the boat from London along with my very young mother brought over by the ASPR traveled down to Durham in the Spring of 1934 to participate in Dr. Rhine’s series of experiments testing both EJG as a psychic and also in trance with her control, Uvani. From a letter written October 1, 1934, to EJG Rhine writes “Did you realize you made over 15000 tests in the extra-sensory perception work in addition to the hours that you spent in trance and in psychometry? That is almost a record itself. I want to say again that I am very happy over the results and think it has been one of the best contributions to the field that has been made in recent years. I do not wish to say this publicly of course, but I firmly believe it, and I acknowledge here and in the article your splendid cooperation. Of course, I have much more than that to thank you for, as you know.”(Journal, Character and Personality) These tests started a life time of cooperation between these two unique strong willed personalities as they both attempted in their own fashion to get to the answers raised by psychic functioning. Garrett was responsible for introducing PF’s co-founder, the Honorable Frances P. Bolton who was instrumental in setting up the William McDougall Research Fund and allowing for the continued work of the Parapsychological Laboratory.

Let me share with you just one of the letters that JB penned to Hans Driesch on April 5, 1935 along with a statement from Garrett’s autobiography Adventures in the Supernormal (still available for purchase) which I think illustrates their working relationship:

“I did not feel that my work with Mrs. Garrett constituted a contradiction of the former work on the point of the relationship between telepathy and clairvoyance. Rather the difference which she showed between the two capacities when understood, supports the former work, I think. She revealed in later remarks that she very much disliked the cards! Her expression which I overheard not many months ago was, ‘Oh, how I hated those damn cards!’ This will account satisfactorily for the difference I think. She enjoyed the telepathic work and said so at the time, although she was too courteous to express her dislike openly for the clairvoyance tests. I felt that she did prefer the telepathy tests unquestionably.”

Well, Garrett certainly went on to get over her courteous concerns as she often commented and wrote of boredom and her dislike of those “damn cards”… She worked best when there was humanity attached…a need, a liveliness, a life force. She wrote in her autobiography “I was eager to cooperate and on meeting Dr. Rhine I was impressed with his directness, simplicity and enthusiasm.” She went on to describe “I concluded that clairvoyance and telepathy depended on an individual and an object, and since the ESP cards lacked ‘personality’ they did not stimulate my perceptions. Clairvoyance (as I knew it then) cannot be directed peremptorily to any particular object. I may or may not be able to secure knowledge clairvoyantly concerning a specific person or thing. I can do so only if I receive the response of an adequate energy stimulus from the individual or object in question. When this energy stimulus exists, I sense and see simultaneously by means of a series of images, animated but simple like a child’s drawings. After I have received impressions and visions in this way I then interpret them to the listener. What I receive may be much or little. This depends upon the degree of the energy stimulus that I receive and also upon my own condition of psychic sensitivity at the time…I felt that Dr. Rhine’s ESP cards lacked the energy stimulus which would enable me to see their symbols clairvoyantly. In fact, it would seem that the handling of the cards and their inanimate symbols inhibited, for the time being, whatever supernormal powers I possess. On the other hand, in working on clairvoyance tests with Dr. Rhine, I discovered that by being passed through the mind of another, the symbols came alive. …I overcame my ‘resistance’ to the cards and welcomed working with him and various others interested in the field of parapsychology, because I believe this method necessary in the interests of scientific acceptance. As the years went by, I spent many pleasant intervals at Duke University, participating in the various studies, theories, experiments and investigations with the same enthusiasm as when I first began.” So began the unlikely as I state “unique “partnership which continued down through the years and still exists between Parapsychology Foundation and the Rhine Center as exemplified by a very warm and cherished friendship with Sally Rhine Feather, my late mother and now myself with my daughter Anastasia coming up in the ranks. For a look behind that curtain tune into the Rhine Research Center zoom meeting on Wednesday, august 18 at 3 pm or GMT 4 pm.